A profound and lasting longing

Art gallery of the university of lethbridge

A legacy of western art

Born and raised in southern Alberta, Dr. Jim Coutts (LLD ’12) began collecting art when he was 17. As the former secretary to two prime ministers, Jim travelled extensively and looked at art around the world, but his collection had a clear western Canadian theme.

In 2011, Jim donated more than 200 pieces to the University of Lethbridge Art Collection.

Covering decades of collecting and imagery of the region, Jim’s donation to the University of Lethbridge is a major addition to the renowned art collection. This generous gift builds on the strong holdings of landscape artworks and also provides insight into the relationship between private and public collections.

A brief sample of the collection 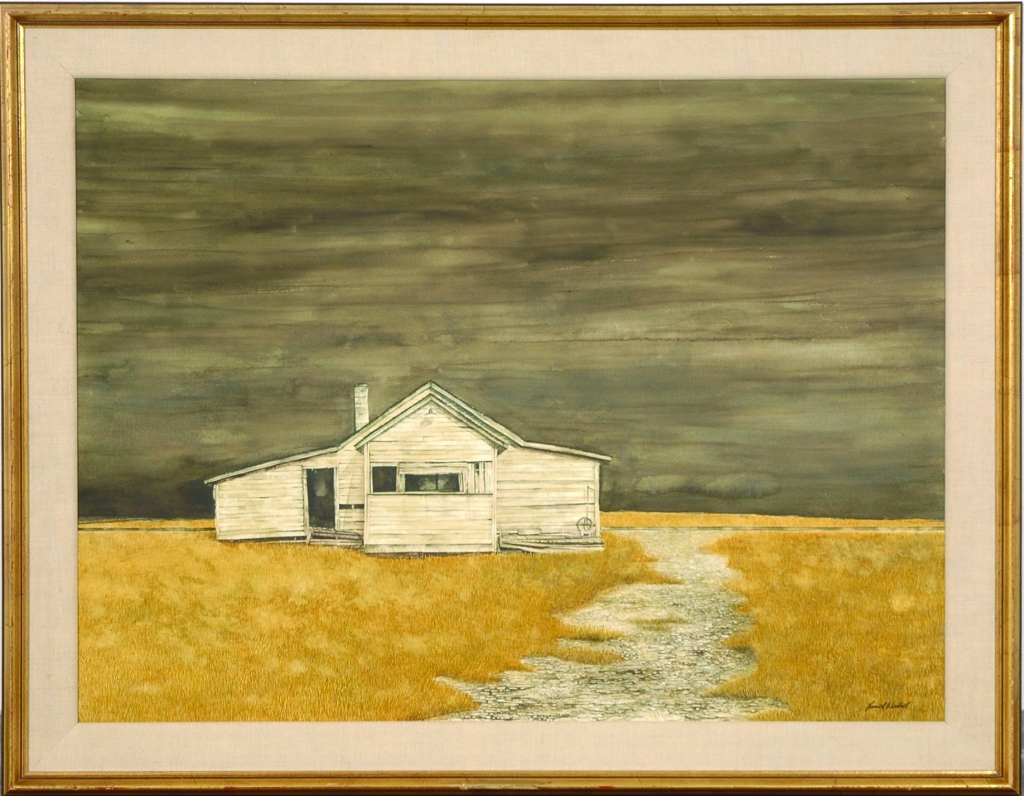 Ron Woodall, Coutts Homestead, 1977
Watercolour and ink on board
From the University of Lethbridge Art Collection
Gift of Jim Coutts, 2010 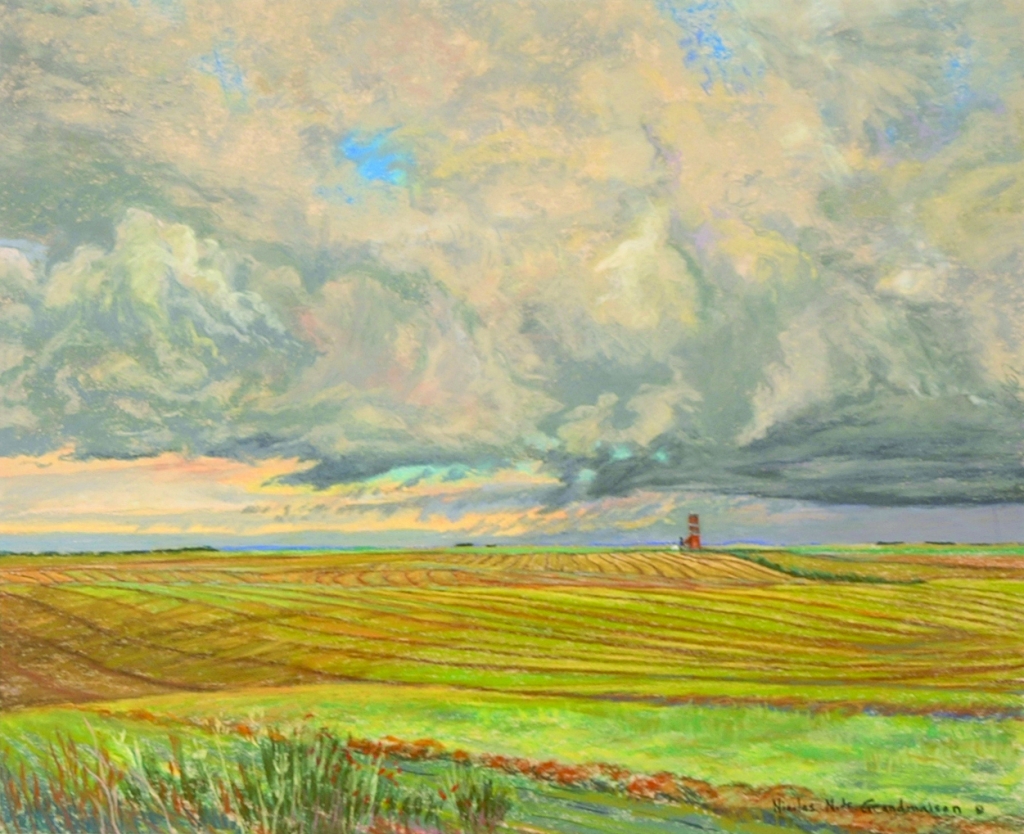 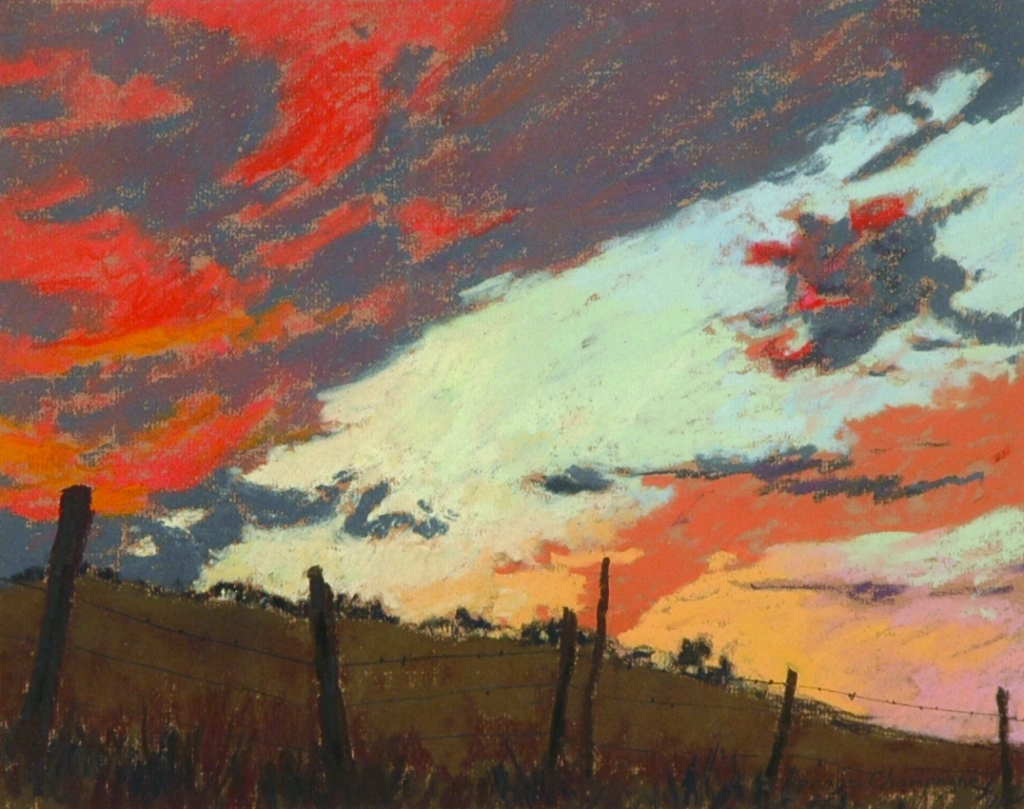 Horace Champagne, Western Sunrise near Cochrane, 1982
Pastel on paper
From the University of Lethbridge Art Collection
Gift of Jim Coutts, 2010 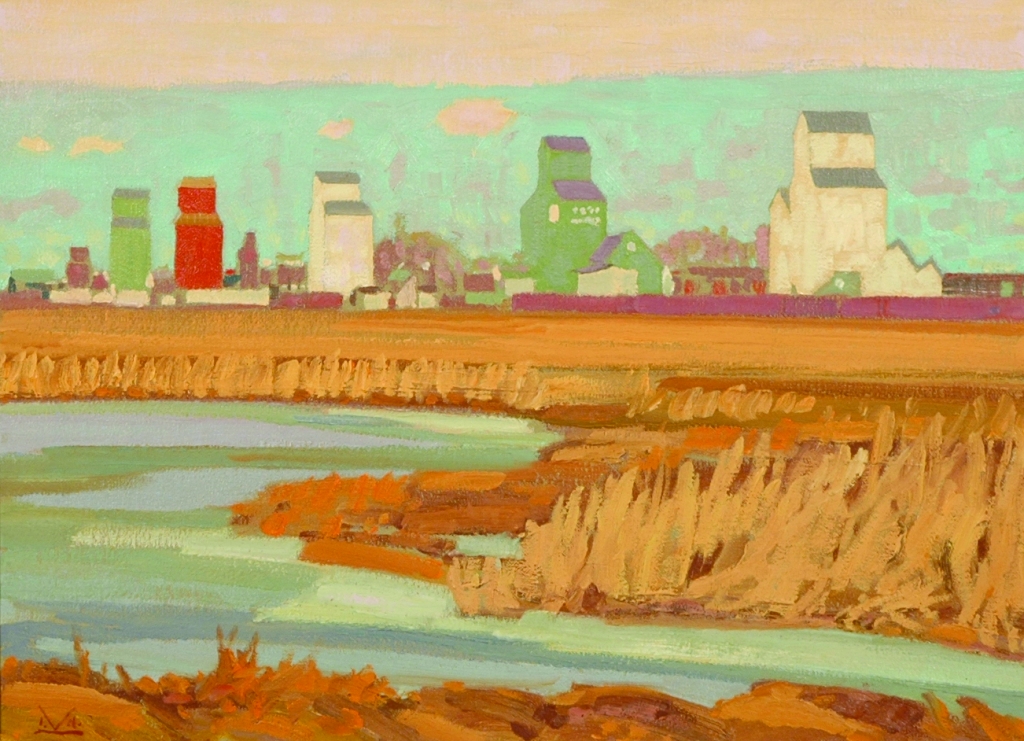 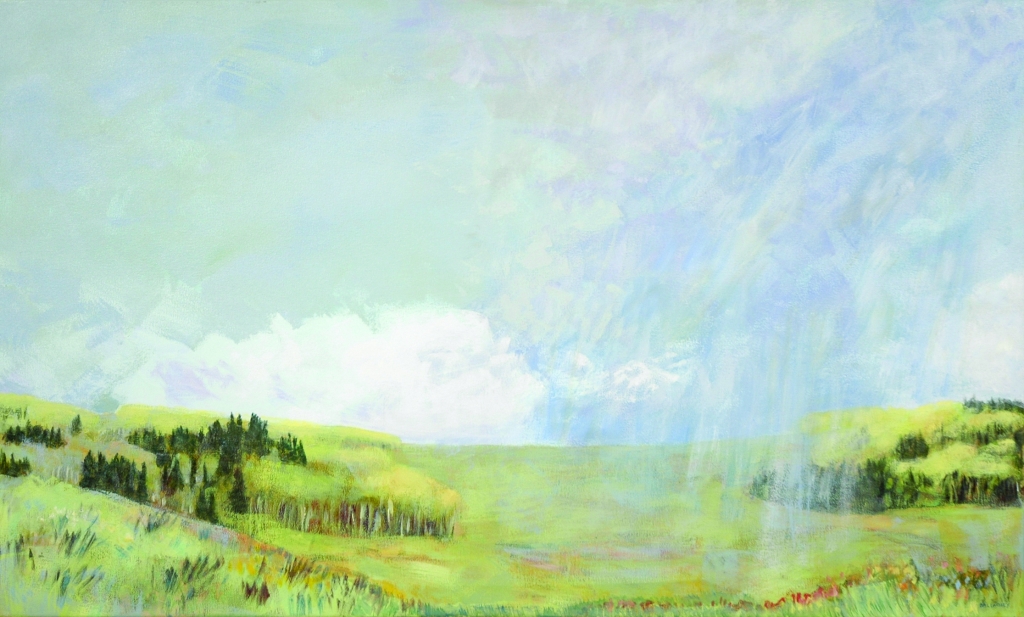 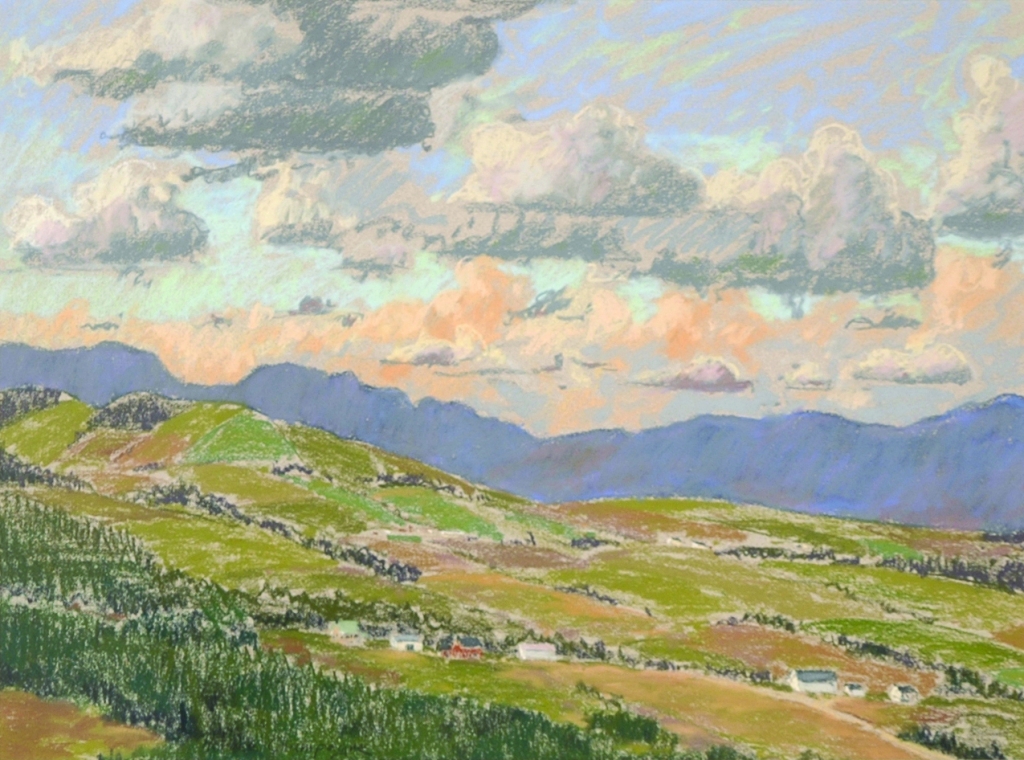 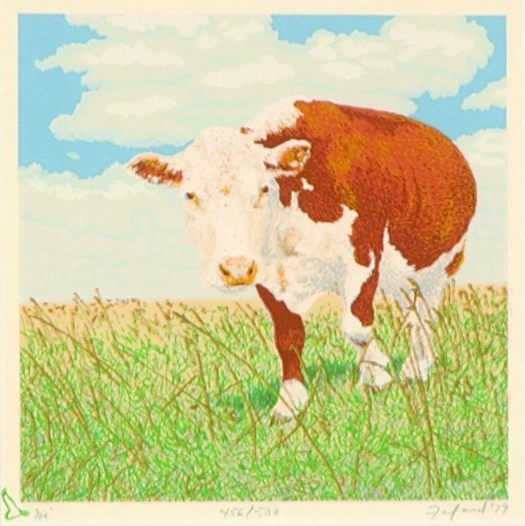 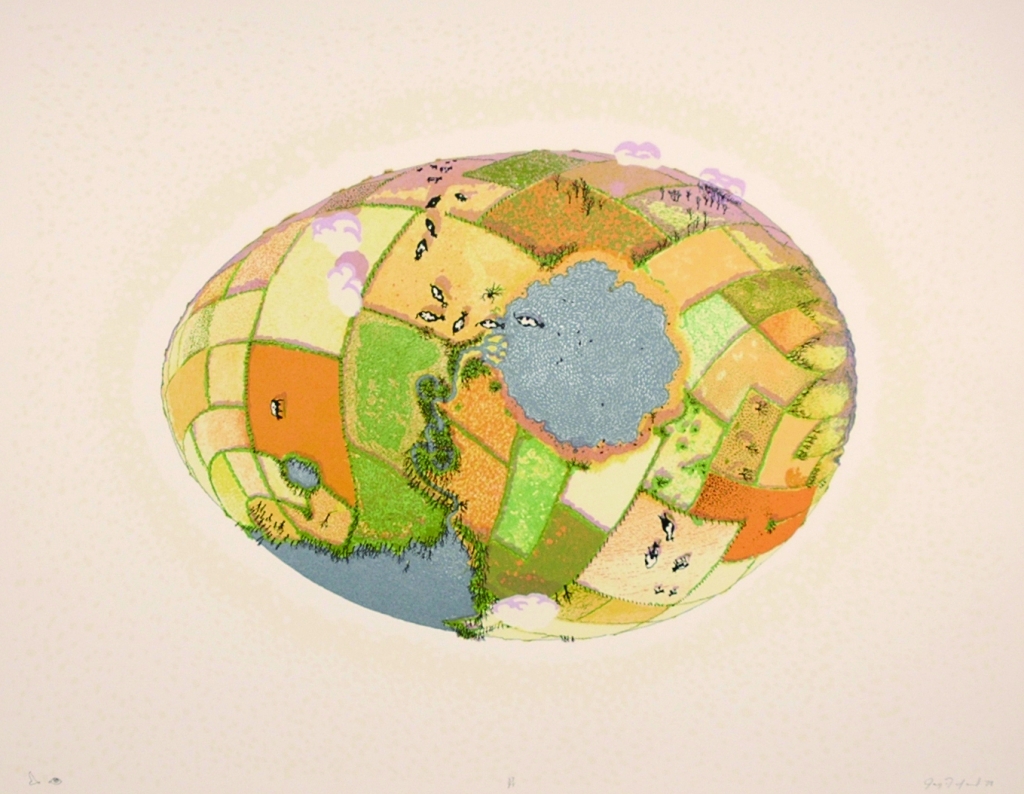 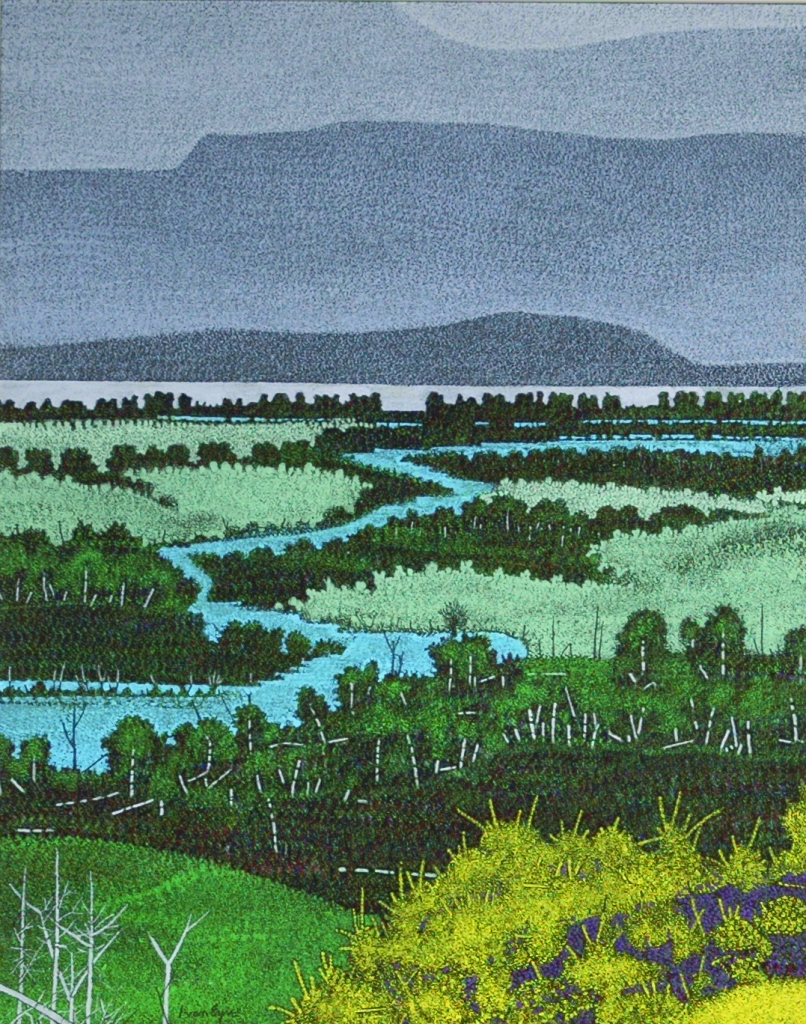 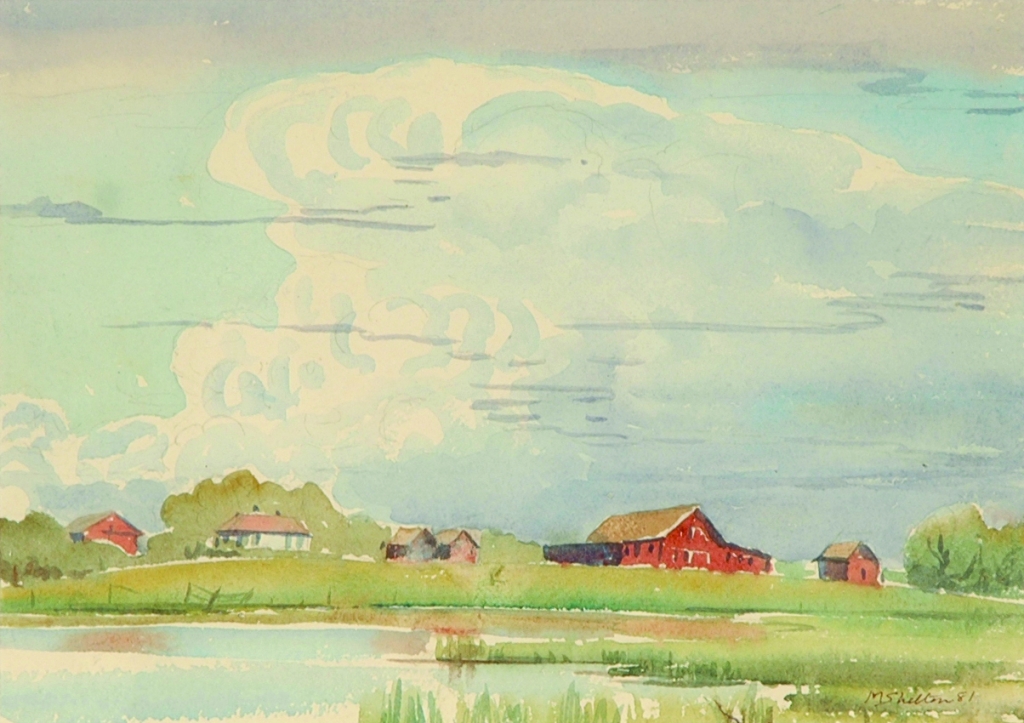 When collectors are honest with themselves, they admit that there is neither rhyme nor reason to what they do. In fact they seldom think of themselves as collectors. From time to time they acquire paintings that appeal to them. When they have a few artworks they start to think – what is all this about?

It is only in retrospect that they manage to identify themes that prompted them to acquire in the first place – this is certainly my experience.

There is a German expression, “Heimweh,” which translates as “home pain.” It is more than home-sickness – it is the profound and lasting longing in the stranger to be home – a feeling that over the years gave much substance to works of art and song.

Part of the landscape you know as a youth travels with you – and part of you always remains in your home landscape. That was my experience of southwest Alberta – especially the Porcupine Hills. Fortunately I have now been able to return here.

The works that I’ve collected along the way usually reflect my “home pain.” One day I lunched with a collector friend in Toronto who said, “There is a painting at the Godard Gallery you should see.” I went to see it, liked it (in fact was haunted by it) and eventually bought it.

When I got the painting home I looked on the back of the canvas and saw the title – “Sanfois West of Nanton” by Barbara Ballachey. It was Timber Ridge in the Porcupine Hills – a scene I had seen a hundred times! It is a fine painting but it was the home pain that captured me.

There is a German expression, “Heimweh,” which translates as “home pain.” It is more than home-sickness – it is the profound and lasting longing in the stranger to be home – a feeling that over the years gave much substance to works of art and song.

I was fortunate to grow up in the 1950s in Nanton, Alta., with a mentor dedicated to art. Dorothy Dowhan culturally adopted me, and from the age of 12 dragged me along to art shows and concerts in Calgary. Those evening events were often held at the Coste House, a Calgary centre for graphic and performing arts. Later she gave me a small 1958 painting of West Dover, N.S., by John Cook. Soon, armed with that one possession and numerous mental images from years of having looked and looked, I slowly and hesitantly began to acquire art on my own.

I began to meet western artists like Joe Fafard and Janet Mitchell. Janet and I became friends. After acquiring several of her works, I talked her into letting me be her agent, because she found it impossible to set prices on her works – which were getting better and better, while she was selling them for less and less. I soon found myself befriending a number of Canadian dealers who educated and coached me on Canadian art history.

As Janet shared her ideas about art, I began looking at landscape differently and so many of the pieces I collected over the following 50 years were done by Prairie artists, struggling to capture space and light and the wonderful detail of the Canadian Prairies.

Janet’s landscapes were sometimes called squiggles on a board – but were in fact highly imaginative and she got the prairies exactly right.

Business and politics would keep me travelling for decades. But along the way I made a wonderful discovery. Virtually every village in the world has at least one person drawing, painting, carving – sometimes you have to look hard, but they are there. While travelling I often visited them and began collecting works by local blacksmiths, carpenters, painters, sketchers and sculptors. And in recent years I’ve come home to discover first-class artists in Nanton, Cayley, Fort Macleod, High River and Claresholm.

“Virtually every village in the world has at least one person drawing, painting, carving – sometimes you have to look hard, but they are there.”

So there it is. My “artistic mission” has been a modest but deeply satisfying one: just poking around, meeting some wonderful people and occasionally acquiring artworks I liked. The theme of place clearly seemed to arise again and again in works I acquired, as I tried to deal with the home pain I felt. As a near-neighbour of the U of L I suspect my home pain will be a little less intense now, knowing that these works will be right “at home” here in the Art Gallery of the University of Lethbridge.

Stay in touch with the Coutts Centre!

Our newsletter keeps you up to date on events, activities and information.

You have Successfully Subscribed!